It has been a very tough year in the horse racing world.  Santa Anita Park Race Track in southern California has been in the news lately and not in a good way.

They only open for a weekend in November to host the Breeders Cup World Championship Races on November 1st and 2nd 2019. 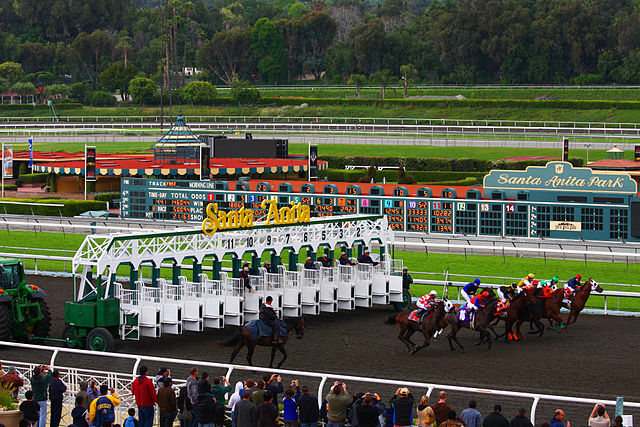 This kind of news hits the horse racing community hard.  Nobody ever wants to see a horse get injured to the point of euthanizing.

Santa Anita Park closed their doors twice this year to figure out why so many horses are getting injured.  Horses are not only getting injured during post time races but also during workouts at the track.

Owners of Santa Anita Park, The Stronach Group brought in an outside contractor to analyzed and test the track during the shutdown in March.  They brought in Dr. Mick Peterson, from the University of Kentucky’s Agricultural Equine to check over the race track.

Mick checked the soil with radar and soil testing equipment and deemed it one hundred percent consistent according to the Paulick Report.  This was back in March 2019  and yet there was still more injuries.

It has been said it could be due to the wet winter California has been having this year.  Could so much rain be a factor in the horse’s injuries or is it really something else?  I am a huge horse racing fan, I really would like to know the answer WHY! 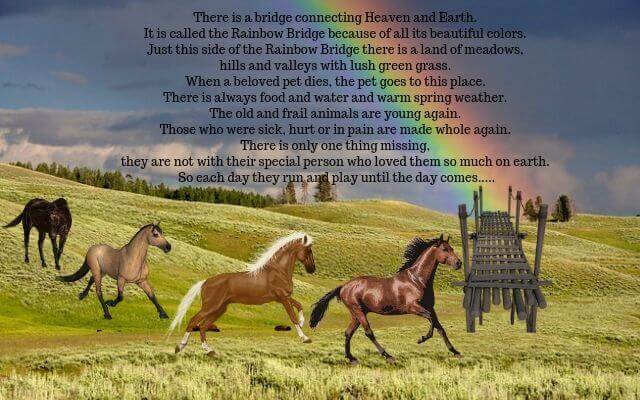 Let’s take a moment to remember the wonderful racehorses that left us way too soon.  They have all raced to the Rainbow Bridge for Horses.  They left their hoof prints on our hearts forever.

15. Just Forget It a 4-year-old gelding / Breeder: Tommy Town Thoroughbreds, LLC (was never in a race)

We’ll keep this list up-to-date the end of the Santa Anita Racing Season on June 23rd, 2019.  Let’s hope we don’t have to add any more names to this list.

What Santa Anita is doing?

Santa Anita Park closed their doors from March 5th thru March 29th and again on April 2nd and 3rd to evaluate the track. They are taking this very seriously and want to take care of the horses that race at their track.

Santa Anita Park now has new rules in place for the well being of the horses and jockeys.

Santa Anita Park was founded in 1934 and has the nickname “The Great Race Place” and would like to live up to that nickname.  Santa Anita Park and California Horse Racing Board CHRB announced Policy changes on April 1, 2019. For a full list of CHRB changes check out Santa Anita Press Release here.

Why do horses have to be euthanized?

The average thoroughbred racehorse weights around 1256 pounds.  Horse’s don’t understand that they need time to recover and can not put all their weight on their feet.

That is why when a horse breaks or fractures a leg it is catastrophic.   Bones need time to heal properly and trying to keep a horse from moving is very difficult and nearly impossible.

If a horses leg bone does not heal correctly it could risk the horse of getting infections, inflammation or circulations problems.   Chances for a full recovery is unfortunately unlikely.

The cost of the treatments and the chances of a horse fully recovering are unlikely, owners tend to euthanize the horse.

Should Santa Anita Race Track reconsider having the Breeders Cup World Championship Races at their track this year?  What are your thoughts? 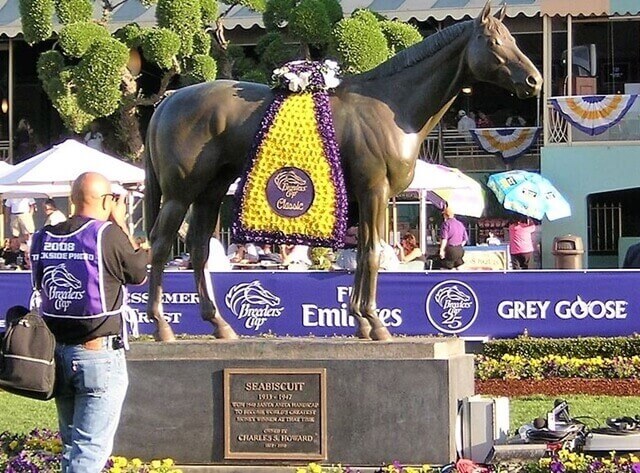