The last Derby Prep Race for 2017 was completed on 4/15/17. Classic Empire made a strong case to be one of the favorites at the Kentucky Derby by winning the Arkansas Derby at Oaklawn Park.

With less than a week away, it’s time to focus in on the 143rd running of the Kentucky Derby at Churchill Downs on Saturday, May, 6th.

Irish War City edged out the favorite Battalion Runner to win the Wood Memorial Stakes at Aqueduct Race Track on 4/8/17. With the win, Irish War City moved up to the 4th position in the current rankings. 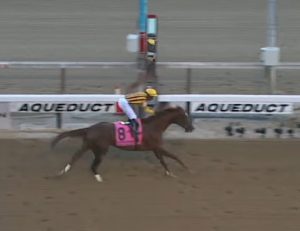 At Keeneland Race Track, Irap pulled the upset while going off at 31/1 odds to win the Blue Grass Stakes and earn 100 points in the process moving up to the 3rd position in the current rankings.

Finally, at Santa Anita Park, Gormley came on at the end to capture the Santa Anita Derby and earn 100 points and taking over the 2nd position in the current Derby Prep Races.

The last Derby Prep Race that is awarded 100 points will take place this weekend, April, 15th at Oaklawn Park with the running of the Arkansas Derby. Will Malagacy remain undefeated or will Classic Empire pull out a victory as the early morning line favorite at 8-5 odds? Stay tuned!!!!!!!!

As we get closer to the Kentucky Derby on Saturday, May 6, valuable points are being earned in key Derby Prep Races. Taking over the top spot in the current rankings is Girvin who won the Louisiana Derby this past weekend and earned 100 points in the process.

El Areeb who was in the top 20 rankings is officially out of the Kentucky Derby race due to a slight knee fracture which occurred during a workout session recently.

Upcoming Derby Prep Races: Three big races to be held on Saturday, April, 8th which include: The Wood Memorial at Aqueduct Race Track, The Blue Grass Stakes at Keeneland Park and finally the Santa Anita Derby at Santa Anita Park. Once again, 100 points are at stake for the winner of each race. Get in on the action and don’t miss the excitement this Saturday, April, 8th!!!!!

In an incredible photo finish, Thunder Snow edged out Epicharis to win the UAE Derby in Dubai. With the impressive win, Thunder Snow earned 100 points which rocketed him up all the way to the number one spot in the rankings this week.

In the 46th running of the Spiral Stakes at Turfway Park, Fast and Accurate at 24-1 odds upsets the field and wins the race earning 50 points, good for 7th place in the current rankings.

At Sunland Park, Hence shifted into another gear on the outside to win the Sunland Derby and earned 50 points, good for 5th place in the current rankings.

Upcoming Derby Prep Races: April, 1 starts a string of races with the winner earning 100 points.Gulfstream Park in Hallandale, FL will host the Florida Derby while at the Fairgrounds Race Course in New Orleans, LA will host the Louisiana Derby.

With a big win in the Rebel Stakes, Malagacy earned 50 points which take him up to 4th place in the current rankings.

There are three upcoming Derby Prep Races scheduled for the weekend of March, 25-26.  The UAE Derby held at Meydan Racecourse in Dubai will run on Saturday, March, 25th. The significance here is the winner of the race will earn a hefty 100 points and rocket them up the leaderboard to the top spot. The second place finisher will earn 40 points as well. Make your wagering plans early for this race which is 9:25 a.m. EDT.

The second Derby Prep Race on Saturday, March, 25th is the Spiral Stakes which is held at Turfway Park in Florence, KY. The winner of this race will earn 50 points and make a move up the leaderboard in the overall points standings.

The final Derby Prep Race will take place on Sunday, March 26th. The Sunland Derby will be held at Sunland Park Racetrack in Sunland Park, NM. The winner of this race will also earn 50 points.

Taking over the # 2 ranking this week is Tapwrit with a win in the Tampa Bay Derby while earning 50 points in the process. State of Honor cracked the top ten in the points standings by finishing second and earning 20 points.

The San Felipe Stakes was won by the undefeated (4 for 4) Mastery. Unfortunately, Mastery was pulled up right after the race by jockey Mike Smith for precautionary measures. It was determined that Mastery suffered a Condylar Fracture to his left front leg which will sideline the horse for the Kentucky Derby. Iliad finished second in the San Felipe Stakes and earned 20 points good for 12th place in the standings. 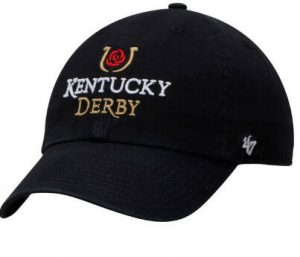 Taking over the top spot of the 2017 Kentucky Derby Points Leaders is Gunnevera. With a win in the Fountain Of Youth Stakes held at Gulfstream Park. Gunnevera scored 50 points and the current top spot as of 3/6/17.

J Boys Echo wins the Gotham Stakes while earning 50 points in the process and upsetting the favorite, El Areeb. With the win, J Boys Echo rockets all the way into the second spot in the Kentucky Derby Points Leaders.

Here are the current point leaders as of 3/1/17.  Leading up to the Run for the Roses at the Kentucky Derby on Saturday, May 6th. Girvin earned 50 points and moved into the top spot in the rankings with a 2 length victory in the Risen Star Stakes at the Fair Grounds.

Upcoming Derby Prep Races include the Fountain of Youth Stakes running at Gulfstream Park in Hallandale Beach, FL and the Gotham Stakes running at Aqueduct Racetrack in Queens, NY. Both races will be held on the same day Saturday, March, 4th.