The winners of each race are automatically eligible for a spot in the 34th Breeders’ Cup World Championships.   For the first time, it will be held at Del Mar Race Track on November, 3rd and November, 4th.

Here is a list of upcoming Breeders Cup Challenge Series Races. As we make our way to the 34th Breeders Cup World Championship Races in November.

How horses qualify to compete in the 34th Breeders’ Cup Championships

There are three ways horses are eligible to qualify for a Breeders Cup Races.

#1: The first and simplest way to qualify is when a horse wins in one of the 2017 Breeders Cup Challenge Races throughout the year. These races started in January 2017 and go through October 2017.

#2: The second way to qualify is based on an actual Point System. Horses are designated based on their performances in major races throughout the year.

#3: The third and final way to qualify is being selected by a panel of experts. 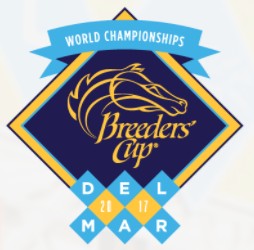 There is a maximum of 14 horses selected for every Breeders Cup race. In order to have the highest caliber of horses competing in the Breeders Cup Races, seven entries will come from the Breeders Cup Challenge Series and the Points System, while seven others will be selected by the panel of experts.

Be sure to save this page to check back for the latest winners in the 2017 Breeders Cup Challenge Races.

Make sure to mark your calendar for November 3rd and 4th for the 34th Breeders Cup Championship Races to be held this year at Del Mar Race Track.

If you want to place a wager online on the Breeders’ Cup Challenge Series Sign up TODAY!